The 10 Greatest Supercars Of The 21st Century 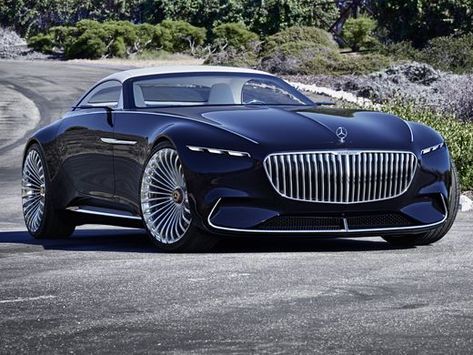 From the Aston Martin One-77 to the Maserati MC12, Luxury Safes presents the top 10 supercars and unique models from the century. Exclusive design, developments in autonomous driving, striking improvements and engines, all these supercars by high-end brands feature one and only characteristic: all of them are memorable.

Limited to 77 unique examples, Aston Martin One-77 is one of the supercars of the 21st century. Gorgeous and exclusive, this modern car is a true art masterpiece. Launched in 2009, it features technical upgrades and it is the most radical Aston luxury car ever created. With a carbon-fiber chassis and hand-formed aluminum body, it was also light yet tremendously rigid.

Peerless craftsmanship, exquisite style, and near-limitless power: this is Bentley Continental Supersports. From 2010 to 2018, the supercar had an evolution of the range, with styling changes to the fenders and bumpers.

This modern car is a perfect combination of reminiscence to the luxury brand’s history and the most innovative technology: Chiron is the fastest, most powerful and exclusive supercar in Bugatti’s history. Featuring a sophisticated and unique design, the luxury car pushes boundaries beyond imagination.

Made by a high-end brand, the Ferrari SF90 Stradale is a mixture of exceptional hybrid power-train performance and dramatic looks pull from the best of existing aft-engine Ferrari supercars.

This Lamborghini’s vehicle is one of the supercars which has been re-engineered in its entirety, as regards its weight, engine power, chassis and above all by introducing an advanced system of active aerodynamics. A perfect modern car for a luxury lifestyle!

From 2005, the MC12 is one of the fastest Maserati supercars ever built. The modern car presents a high technology that is based on the Ferrari Enzo model, however, substantial modifications were made to engine, chassis, and aerodynamics.

As one of the most expensive luxury cars of all time, this model was designed, engineered and built to be the best driver’s car on the planet. The McLaren P1 follows in the footsteps of the iconic and famous McLaren F1, the supercar that pushed boundaries further than any of its rivals. All the appearance and contemporary design of the McLaren P1 is the result of a function-led design approach.

Revealed in 1999, presented in 2003 and produced in limited production until 2010, the Mercedes-Benz SLR McLaren is one of the striking supercars that contains a unique design inspired by the legendary 300 SL and SLR od the mid-’50s. One of the supercars of the century, it features active aerodynamics and an exclusive body design including a flat underbody, rear-mounted air brake, and adaptable spoiler to improve downforce.

With a powerful engine and impressive stats, the Pagani Huayra Roadster is one of the most expensive supercars in the world. Only 40 models with impressive engineering feats were created.

The 918 Spyder is one of the Porsche supercars that have been developed fully consistently and from the ground up as a performance hybrid with plug-in technology. The luxury car by a high-end brand symbolizes the traditional Porsche virtue while providing remarkable evidence of the potential delivered by plug-in technology for maximum coverage between performance and efficiency.